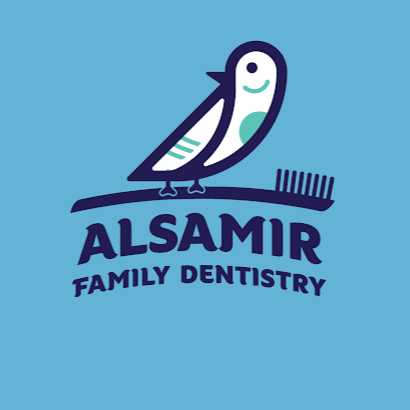 I’m super excited to start a new series on the blog. A couple of times a month, I plan to highlight a local or online business and how they use digital marketing to advance their goals. So far, I have thoroughly enjoyed getting to know these business owners and finding out on a more personal level what makes their businesses tick. First up… Alsamir Family Dentistry in Midlothian, Virginia!

In the interest of full disclosure, this is my dentist. He sees my entire family. He recently changed his logo (seen above), and I had wondered why he chose the bird. Consequently, this was my first question for him.

When I asked Dr. Alsamir about the bird in his logo, the first thing he said was, “Everyone uses a tooth.” Well, he’s not wrong. Later that day, I received an ad for a dentist in my mailbox. The logo was…. you guessed it… a tooth with the dentist’s initial inside. Then he went on to explain the reason for the bird.

When you visit Alsamir Family Dentistry and go back to the exam rooms, huge windows greet you with tons of natural light. Outside those windows stand a variety of bird feeders among a well landscaped wooded area. The dentist who owned the practice before him started this, partly as a way for patients to relax and focus less on what was about to happen in their mouths. As a result, the birds and feeders became part of the culture at the practice. They even have the occasional (but rare) turkey visit the office. Having a bird in the logo made perfect sense.

The next thing I asked about was how Dr. Alsamir came to start his business. To be honest, I was surprised at the answer. I had assumed that he set out to purchase his own practice from the beginning. The truth is, however, that the practice kind of found him. He was looking to move from his current situation for various reasons but had assumed he would just join a practice as he had done before.

Dr. Donald Trawick, the dentist who previously owned the practice, reached out to Dr. Alsamir after hearing that he was considering a change. As an older dentist, Dr. Trawick had reached the point where he was ready to sell the practice and assume a less active role. When the two doctors met, the older talked to the younger about the benefits of working for himself, and it didn’t take a whole lot of convincing. Before he knew it, Dr. Alsamir was in the process of purchasing his very own practice.

His favorite part of owning his own business is having control over patient care. He loves not having someone looking over his shoulder, pushing him to find the most expensive solution for everyone who comes through the door. Dignity and ethics remain paramount in every decision he makes.

When I asked Dr. Alsamir about his ideal patient, he smiled and said that he prefers people who are easy to talk to and who see him as a person and not just as their dentist. He loves getting to know his patients and developing long term relationships.

Since Dr. Alsamir has not owned his business a super long time, he’s still working on his digital marketing strategy. Among his most valuable tools, he lists Lighthouse 360 for patient communication and appointment reminders. Since missed appointments result in lost income, I can see how he would value this. Another asset for him is BirdEye. This service reaches out to patients after their visits and asks them to review the experience. It sends those reviews to Google, which then show up in search results. I hadn’t seen this tool before, but I will definitely recommend it to clients going forward. I’m pretty sure he didn’t choose the BirdEye software because of the bird theme in his office…

His website comes into play for people to request appointments and fill out paperwork. It certainly saves a lot of time for people to have completed intake forms before they come to the office. He admits that his challenges include search engine optimization on his current site. While he has a page on Facebook that features the reviews from BirdEye (and the occasional turkey visit), he relies more on word of mouth to get the word out about his organization.

If you live in the Richmond or Midlothian, Virginia area, I highly recommend Alsamir Family Dentistry and have genuinely enjoyed getting to know him and his business better. Stay tuned for more digital marketing tips and business highlights, and keep swimming along! 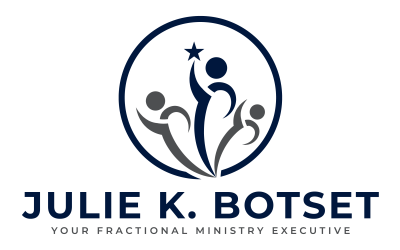 I recently had the pleasure to talk with Julie Botset. Not long ago, she left her full time job in ministry to start a...

Remember life before the pandemic? Although it seems like forever ago, there was a time when life was somewhat... 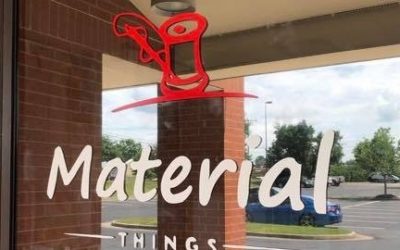 I recently started a new series on the blog where I spotlight various businesses. In doing this, I've had the chance...